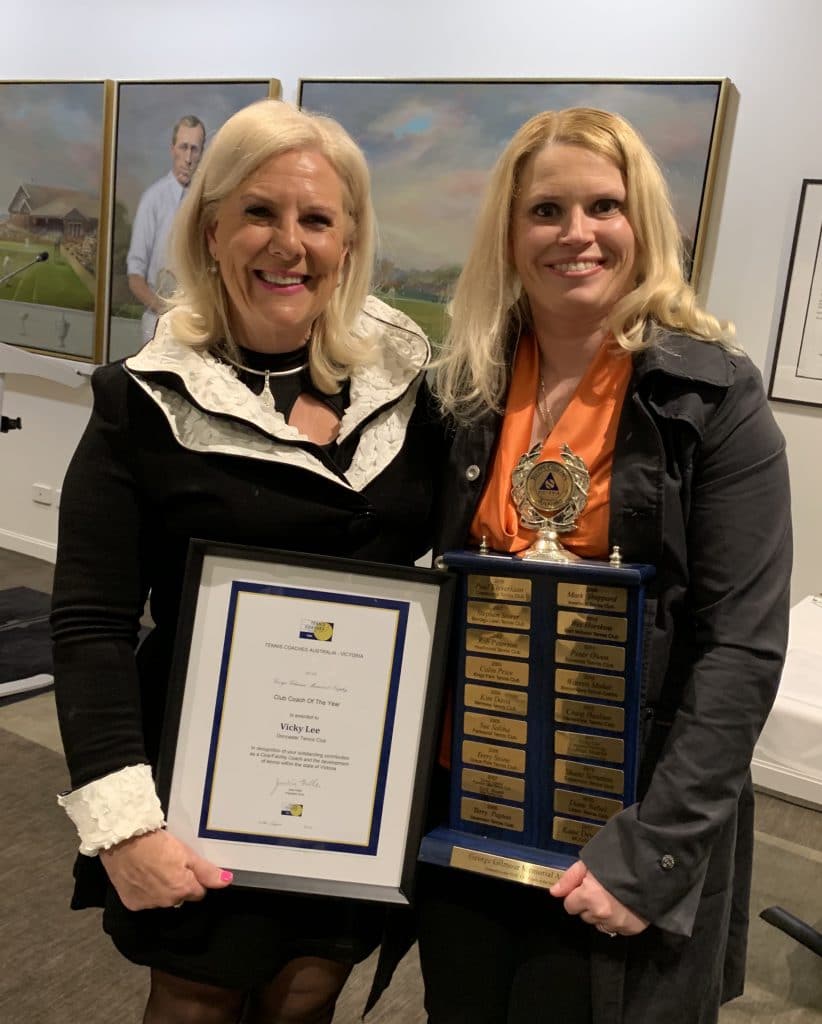 Tennis Coaches Australia – Victoria (TCAV) was formed in 1956, and annually hosts an awards ceremony, including the TCAV Tennis Coach of the Year. The George Gilmour Memorial Trophy is awarded to the Club Coach of the Year for successful coaching programs and pathways within their community and demonstration of loyalty to his/her club/facility.

The 2019 TCAV George Gilmour Coach of the year was awarded to Vicky Lee, the Head Coach of Doncaster Tennis Club, at Royal South Yarra Tennis Club on Sunday August 25th.

In Vicky’s words: “I am completely honoured to win this award, and to be standing with some of the incredible greats of our sport.”

“This award means so much to me on a personal level, having diligently gone above and beyond, to create accessible pathways for the whole community to access the Doncaster Tennis Club and the sport of tennis. Various inclusion programs held at Doncaster Tennis Club include; ‘Advantage Autism – the Au-Tastic Tennis program’, ‘Evelyn’s Club – 65 years plus’, and several culturally and linguistically diverse programs.”

“Thank you to everyone who has supported me to make my dreams a reality.”

GET STARTED WITH A
FREE TENNIS LESSON

Experience all the benefits & features as a member and join our community!